Matlab: MATLAB is a high-level language and interactive environment for numerical computation, visualization, and programming. Using MATLAB, you can analyze data, develop algorithms, and create models and applications. The language, tools, and built-in math functions enable you to explore multiple approaches and reach a solution faster than with spreadsheets or traditional programming languages. You can use MATLAB for a range of applications, including signal processing and communications, image and video processing, control systems, test and measurement, computational finance, and computational biology.

NS-2: Ns is a discrete event simulator targeted at networking research. Ns provides substantial support for simulation of TCP, routing, and multicast protocols over wired and wireless (local and satellite) networks. NS-2 is a common network simulator it is Open Source Simulator (Gnu Licensed). NS2 is publicly available at http://www.isi.edu/nsnam/ns/ns-build.html

NS-3: ns (from network simulator) is a name for series of discrete event network simulators, specifically ns-1, ns-2 and ns-3. All of them are discrete-event network simulator, primarily used in research and teaching. ns-3 is free software, publicly available under the GNU GPLv2 license for research, development, and use. The goal of the ns-3 project is to create an open simulation environment for networking research that will be preferred inside the research community. In the process of developing ns-3, it was decided to completely abandon backward-compatibility with ns-2. The new simulator would be written from scratch, using the C++ programming language. Development of ns-3 began in July 2006. A framework for generating Python bindings (pybindgen) and use of the Waf build system were contributed by Gustavo Carneiro. The first release, ns-3.1 was made in June 2008, and afterwards the project continued making quarterly software releases, and more recently has moved to three releases per year. ns-3 made its fifteenth release (ns-3.15) in the third quarter of 2012.
Current status of the three versions is:
• ns-1 is no longer developed nor maintained,
• ns-2 build of 2009 is partially maintained but not being considered for journal publications
• ns-3 is actively developed. 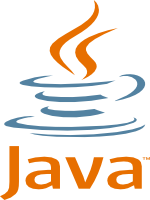 Java: Java is a set of several computer software products and specifications from Sun Microsystems (which has since merged with Oracle Corporation), that together provide a system for developing application software and deploying it in a cross-platform computing environment. Java is used in a wide variety of computing platforms from embedded devices and mobile phones on the low end, to enterprise servers and supercomputers on the high end. While less common, Java applets are sometimes used to provide improved and secure functions while browsing the World Wide Web on desktop computers. Tools We use for Java project developments are JDK, Net Beans, Eclipse etc.

Raspberry Pi: Raspberry Pi is a low cost, credit-card sized computer that plugs into a computer monitor or TV, and uses a standard keyboard and mouse. It is a capable little device that enables people of all ages to explore computing, and to learn how to program in languages like Scratch and Python. It’s capable of doing everything you’d expect a desktop computer to do, from browsing the internet and playing high-definition video, to making spreadsheets, word-processing, and playing games.
What’s more, the Raspberry Pi has the ability to interact with the outside world, and has been used in a wide array of digital maker projects, from music machines and parent detectors to weather stations and tweeting birdhouses with infra-red cameras. We want to see the Raspberry Pi being used by kids all over the world to learn to program and understand how computers work.

Scilab: Scilab is an open source, cross-platform numerical computational package and a high-level, numerically oriented programming language. It can be used for signal processing, statistical analysis, image enhancement, fluid dynamics simulations, numerical optimization, and modeling, simulation of explicit and implicit dynamical systems and (if the corresponding toolbox is installed) symbolic manipulations. Scilab is one of several open source alternatives to MATLAB.

PHP: PHP is a server-side scripting language designed for web development but also used as a general-purpose programming language. PHP is now installed on more than 244 million websites and 2.1 million web servers. Originally created by Rasmus Lerdorf in 1995, the reference implementation of PHP is now produced by The PHP Group. While PHP originally stood for Personal Home Page, it now stands for PHP: Hypertext Preprocessor.PHP code is interpreted by a web server with a PHP processor module which generates the resulting web page: PHP commands can be embedded directly into an HTML source document rather than calling an external file to process data. It has also evolved to include a command-line interface capability and can be used in standalone graphical applications. PHP is free software released under the PHP License, which is incompatible with the GNU General Public License (GPL) due to restrictions on the usage of the term PHP. PHP can be deployed on most web servers and also as a standalone shell on almost every operating system and platform, free of charge. 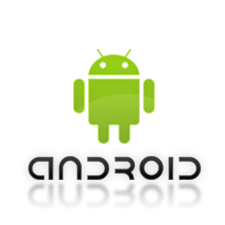 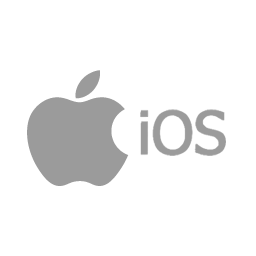 Python: Python is a widely used high-level, general-purpose, interpreted, dynamic programming language. Its design philosophy emphasizes code readability, and its syntax allows programmers to express concepts in fewer lines of code than would be possible in languages such as C++ or Java.The language provides constructs intended to enable clear programs on both a small and large scale.Python supports multiple programming paradigms, including object-oriented, imperative and functional programming or procedural styles. It features a dynamic type system and automatic memory management and has a large and comprehensive standard library.Python interpreters are available for many operating systems, allowing Python code to run on a wide variety of systems. Using third-party tools, such as Py2exe or Pyinstaller,Python code can be packaged into stand-alone executable programs for some of the most popular operating systems, so Python-based software can be distributed to, and used on, those environments with no need to install a Python interpreter.CPython, the reference implementation of Python, is free and open-source software and has a community-based development model, as do nearly all of its variant implementations. CPython is managed by the non-profit Python Software Foundation. 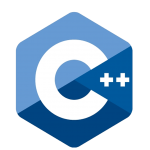 C++: C++ is an object oriented programming (OOP) language, developed by Bjarne Stroustrup, and is an extension of C language. It is therefore possible to code C++ in a “C style” or “object-oriented style.” In certain scenarios, it can be coded in either way and is thus an effective example of a hybrid language. C++ is a general purpose object oriented programming language. It is considered to be an intermediate level language, as it encapsulates both high and low level language features. Initially, the language was called ‘C with classes’ as it had all properties of C language with an additional concept of ‘classes’. However, it was renamed to C++ in 1983.

Linux:Linux was originally developed as a free operating system for personal computers based on the Intel x86 architecture, but has since been ported to more computer hardware platforms than any other operating system.Because of the dominance of Android on smartphones, Linux has the largest installed base of all general-purpose operating systems.Linux, in its original form, is also the leading operating system on servers and other big iron systems such as mainframe computers and virtually all fastest supercomputers,but is used on only around 1.6% of desktop computers when not including Chrome OS, which has about 5% of the overall and nearly 20% of the sub-$300 notebook sales.Linux also runs on embedded systems, which are devices whose operating system is typically built into the firmware and is highly tailored to the system; this includes smartphones and tablet computers running Android and other Linux derivatives,TiVo and similar DVR devices, network routers, facility automation controls, televisions,video game consoles, and smartwatches.